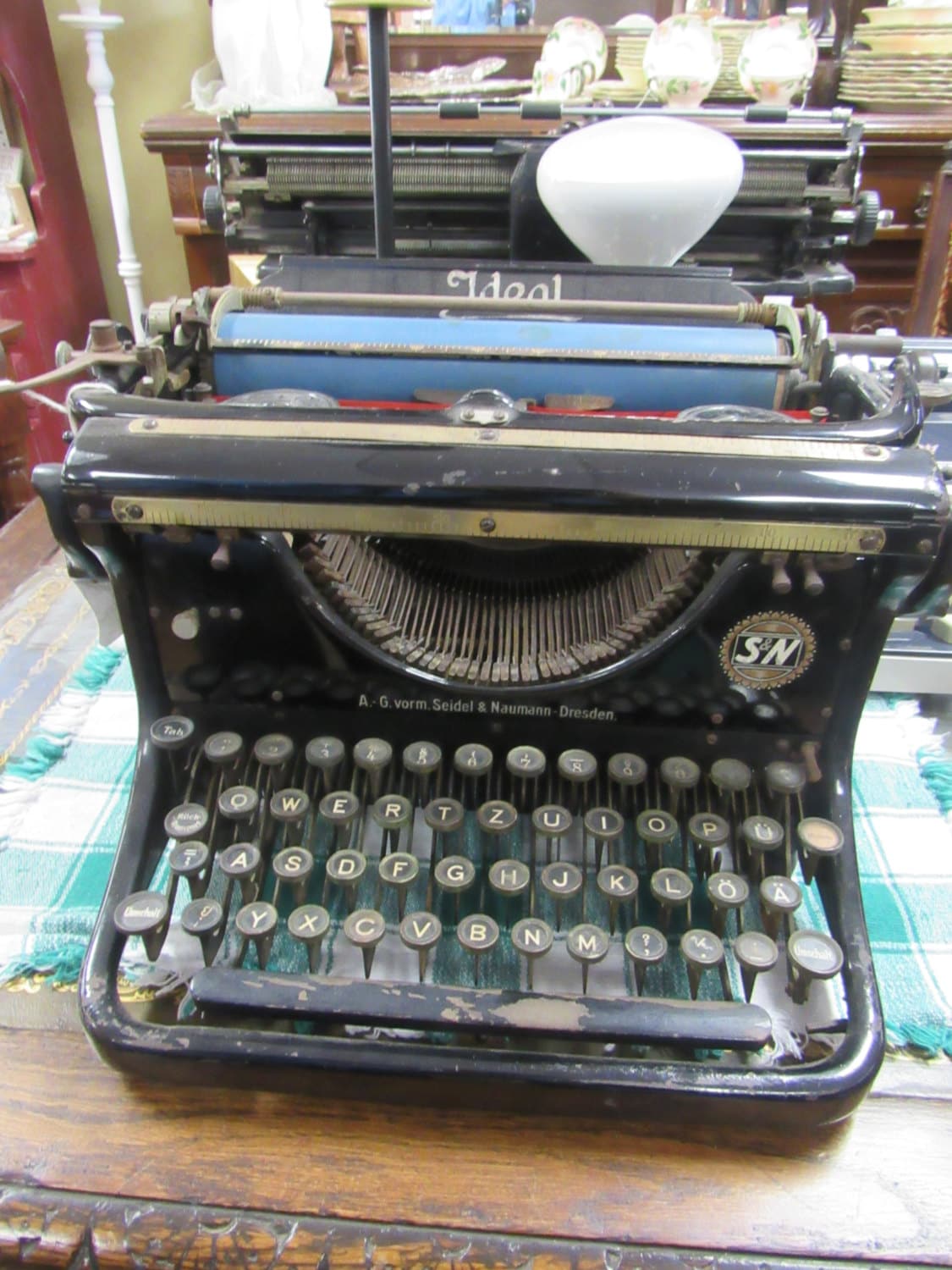 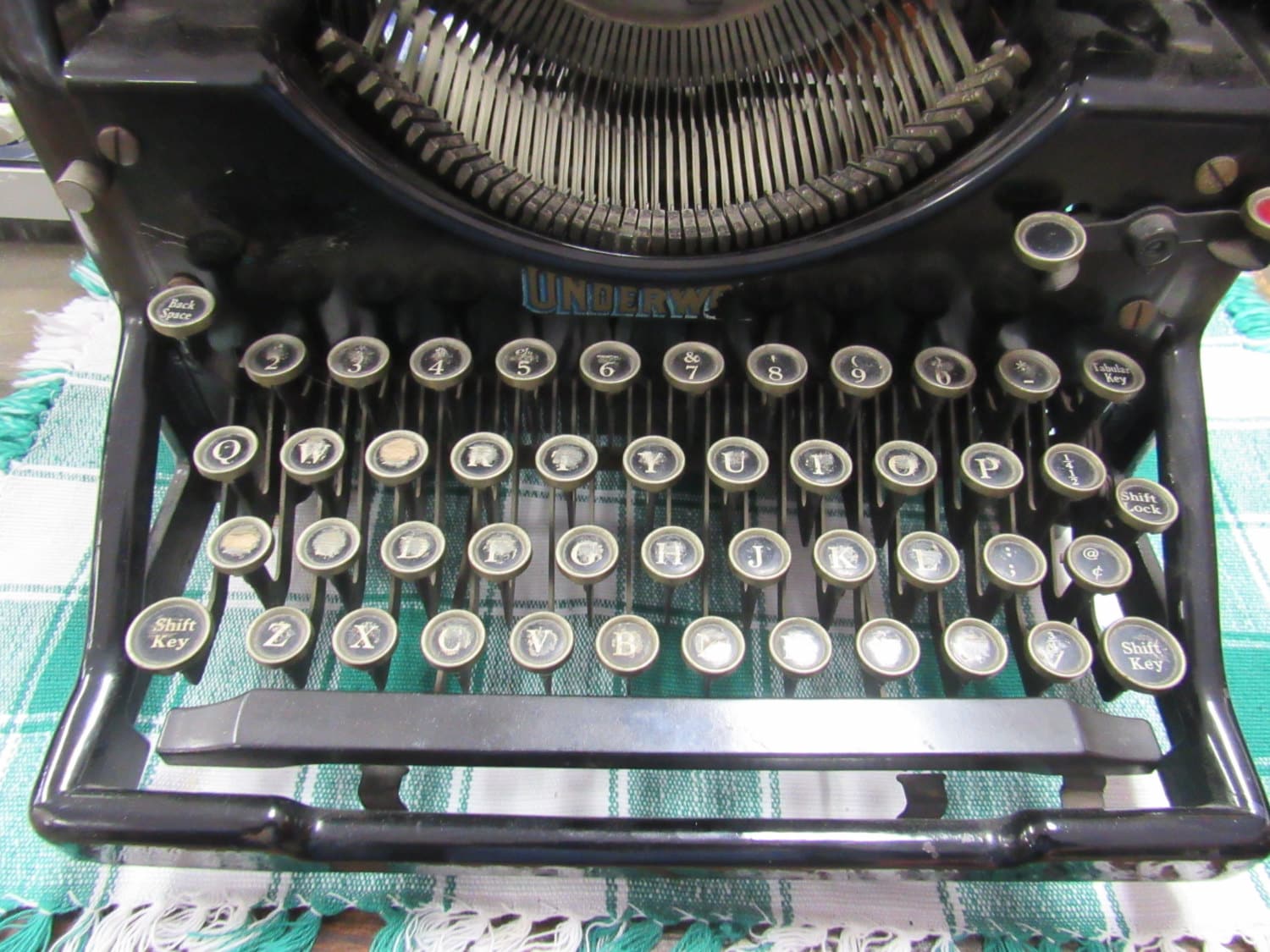 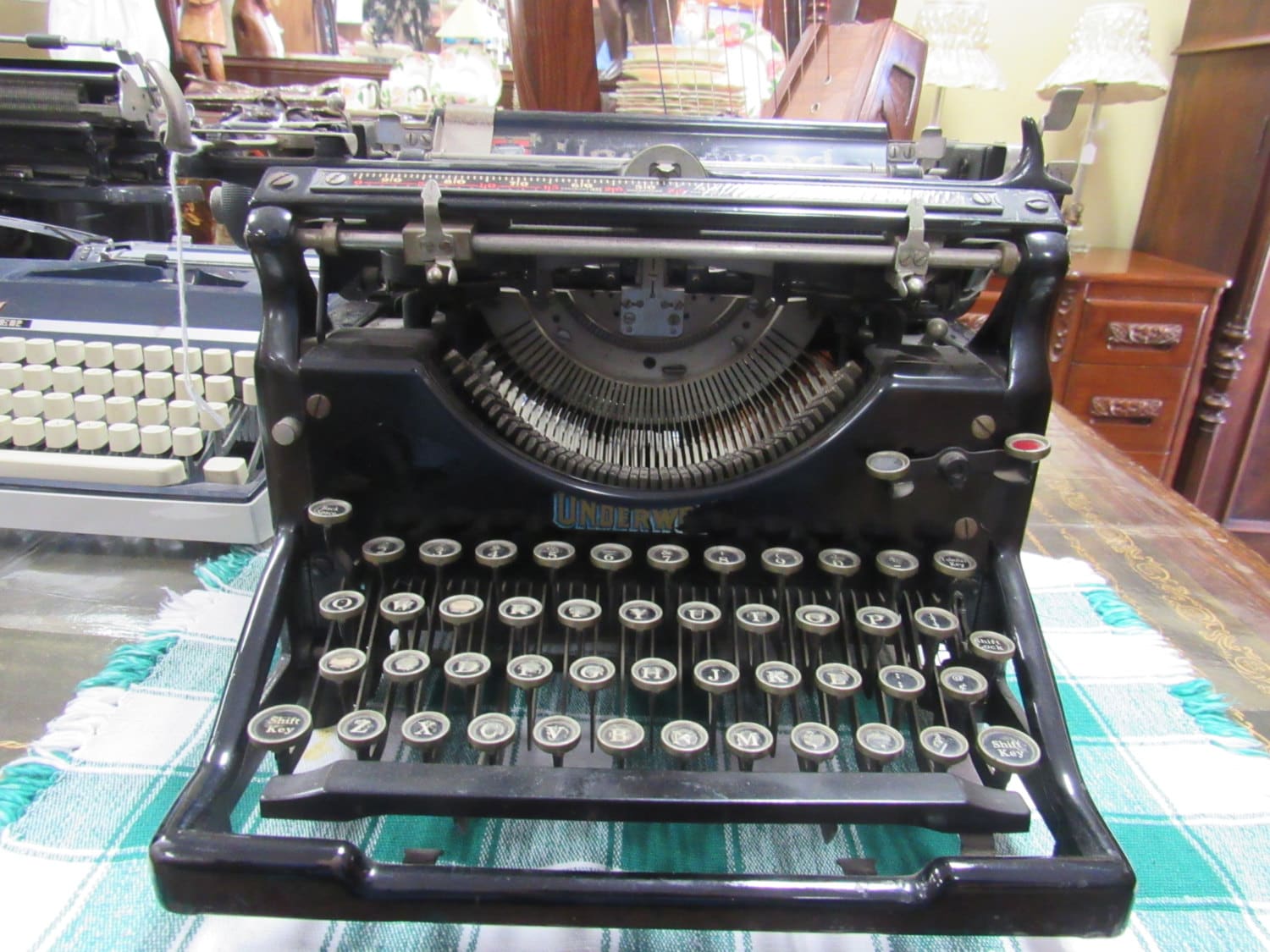 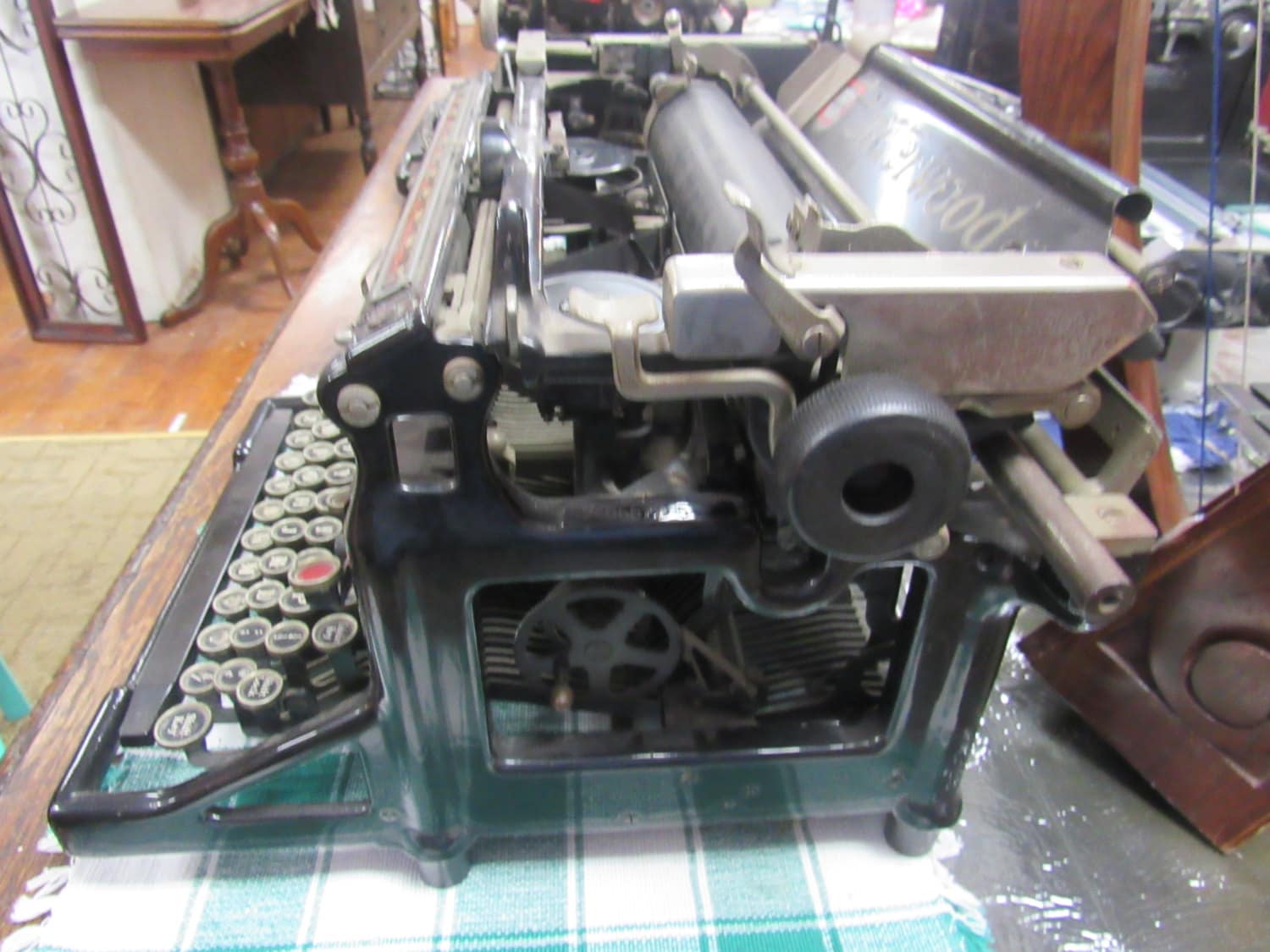 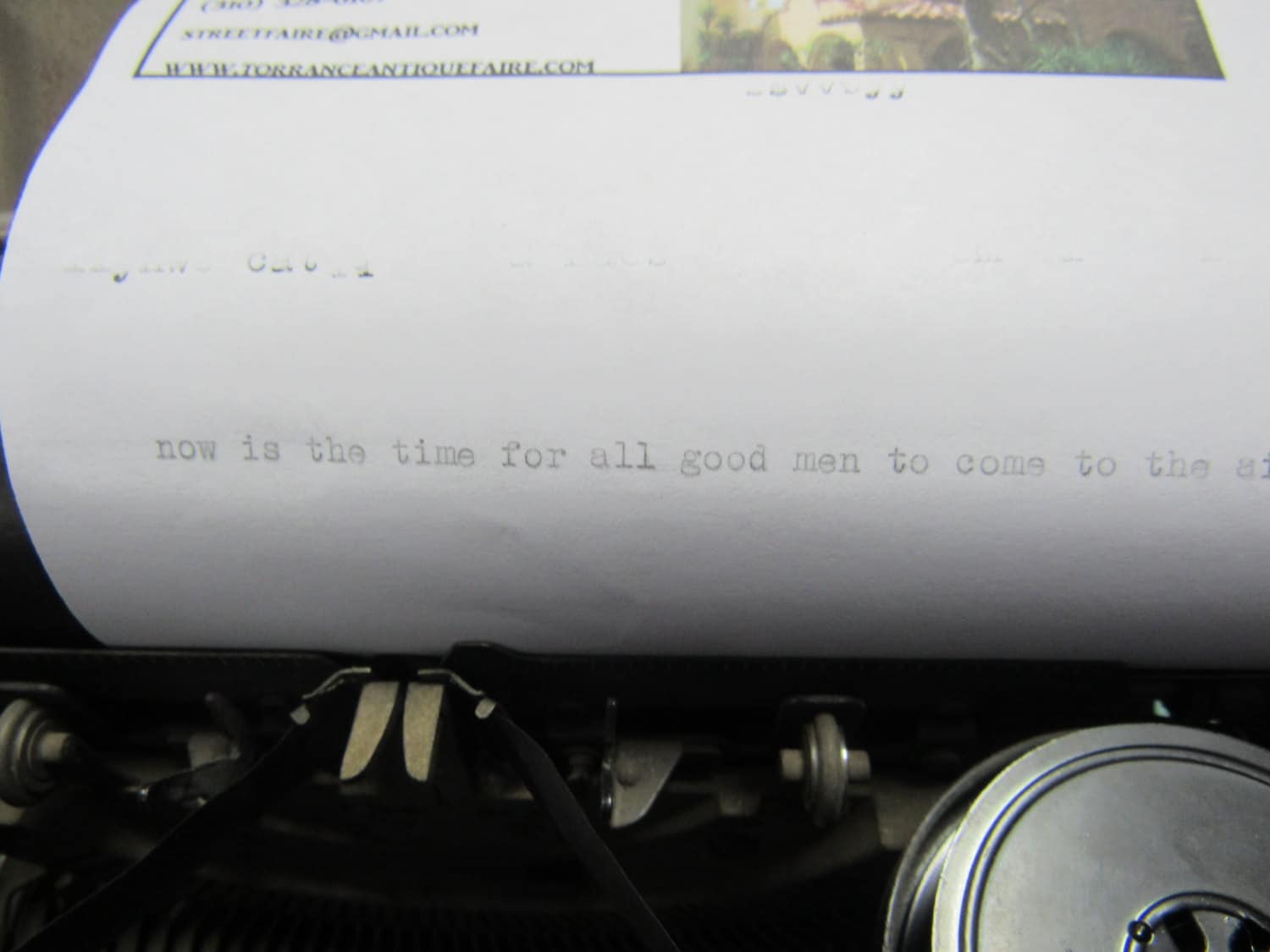 This Ideal typewriter was patented by two Americans in 1897, but it was manufactured in Germany by Seidel & Naumann of Dresden (makers of bicycles and sewing machines, as well as the Erika Typewriter). This was a 4-row, oblique-front strike machine noted for its distinctive open metalwork frame with the logo molded-in.
"The type-bars were U-shaped in cross sec­tion, giving them exceptional rigidity with light weight. The carriage return lever was located at the left side of the keyboard rather than on the carriage itself. The shift keys offered a very light touch, since they shifted both the type-bars and carriage together, the two meeting at a midpoint (virtually all other machines shifted either the car­riage or the type-bars, but not both). Also of note was the tabulator, a lever at bottom in the front"