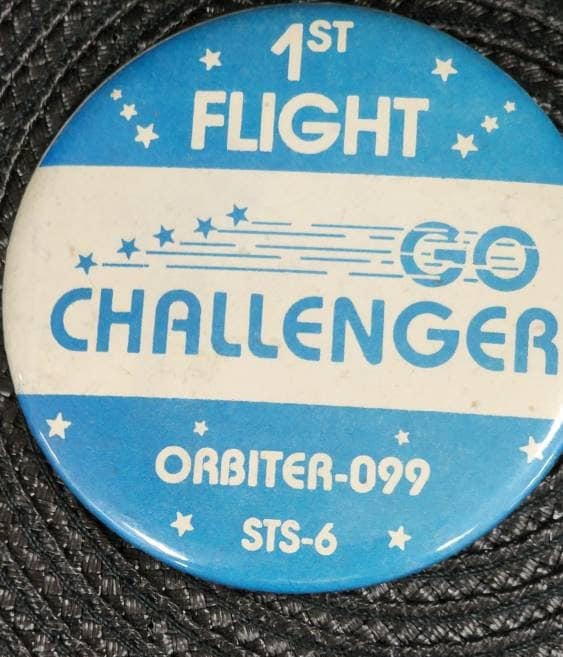 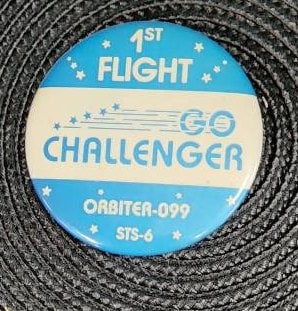 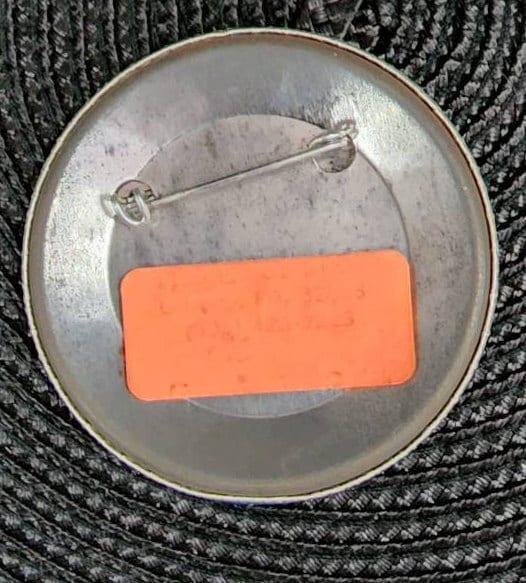 1st FLIGHT GO CHALLENGER BUTTON, First Flight Pin Back Button, 2.5" diameter, on the back is an orange label with an Orlando, Fla address and phone number, just like the button in the museum. This pin is in excellent condition and free shipping to USA

"This First Flight Challenger button was owned by John Bickers, a Public Affairs representative for the McDonnell Company (later McDonnell Douglas), an aerospace company that held contracts with NASA throughout Project Mercury, the Gemini program, the Apollo program, and the Space Shuttle program.

Buttons representing specific projects, programs, or missions were examples of one type of space memorabilia distributed to NASA employees and contractors. Wearing a button would demonstrate one's connection to the event. As a result, this button reminds us of the numerous teams of people who worked to support human spaceflight.

During his tenure with McDonnell, Bickers compiled and edited Press Reference Books for the Gemini Space Missions and supported early Space Shuttle flights.