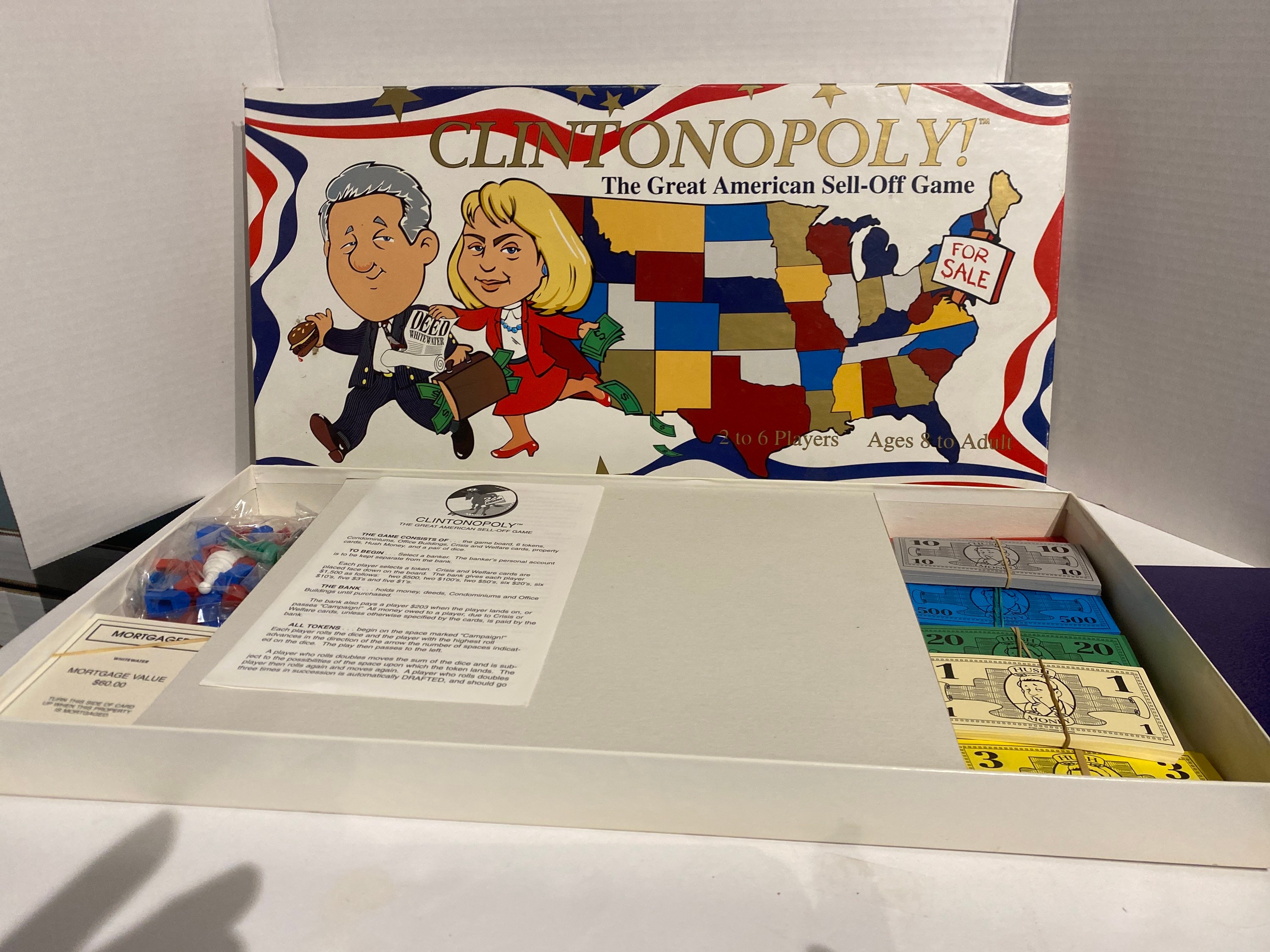 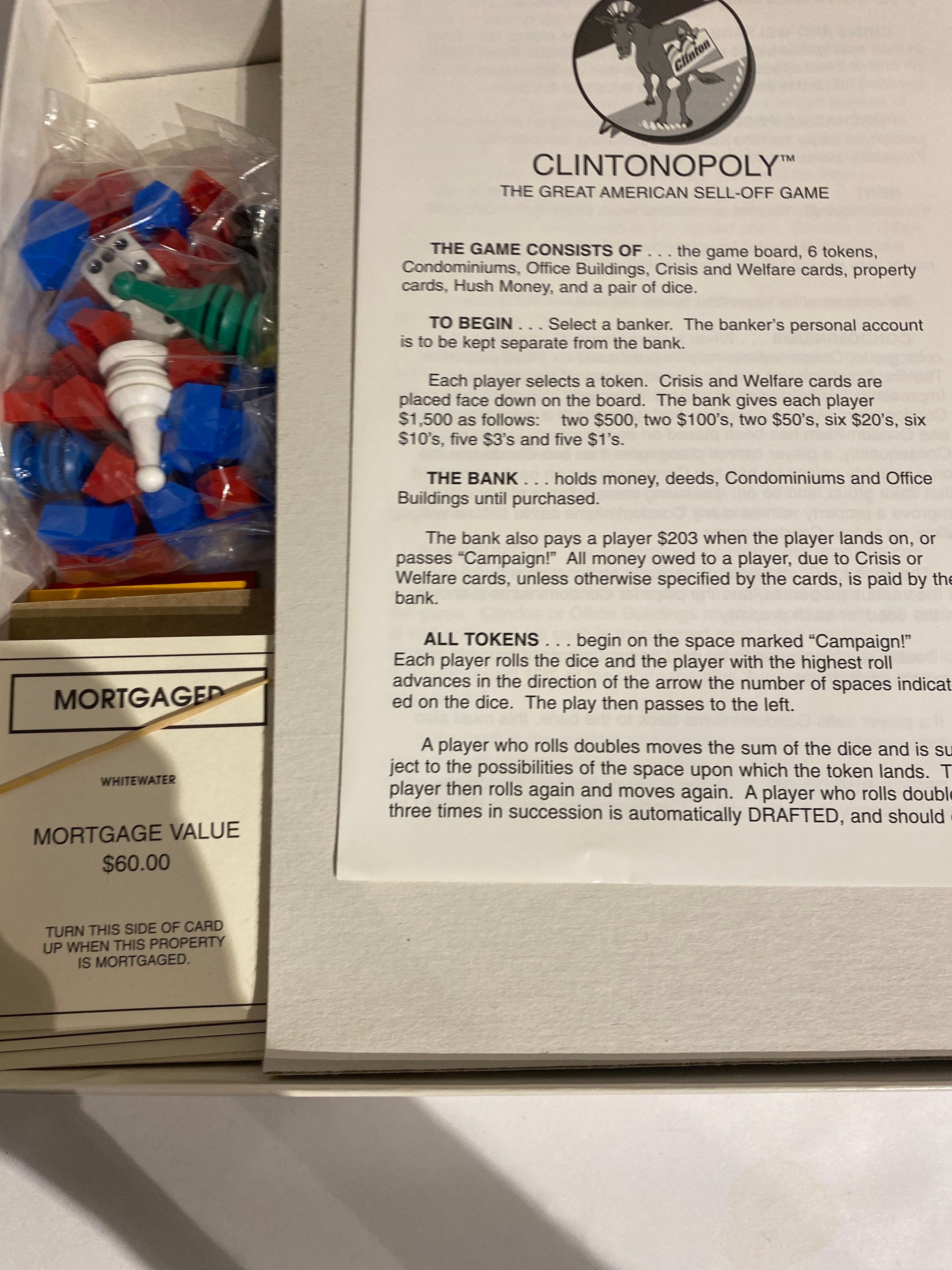 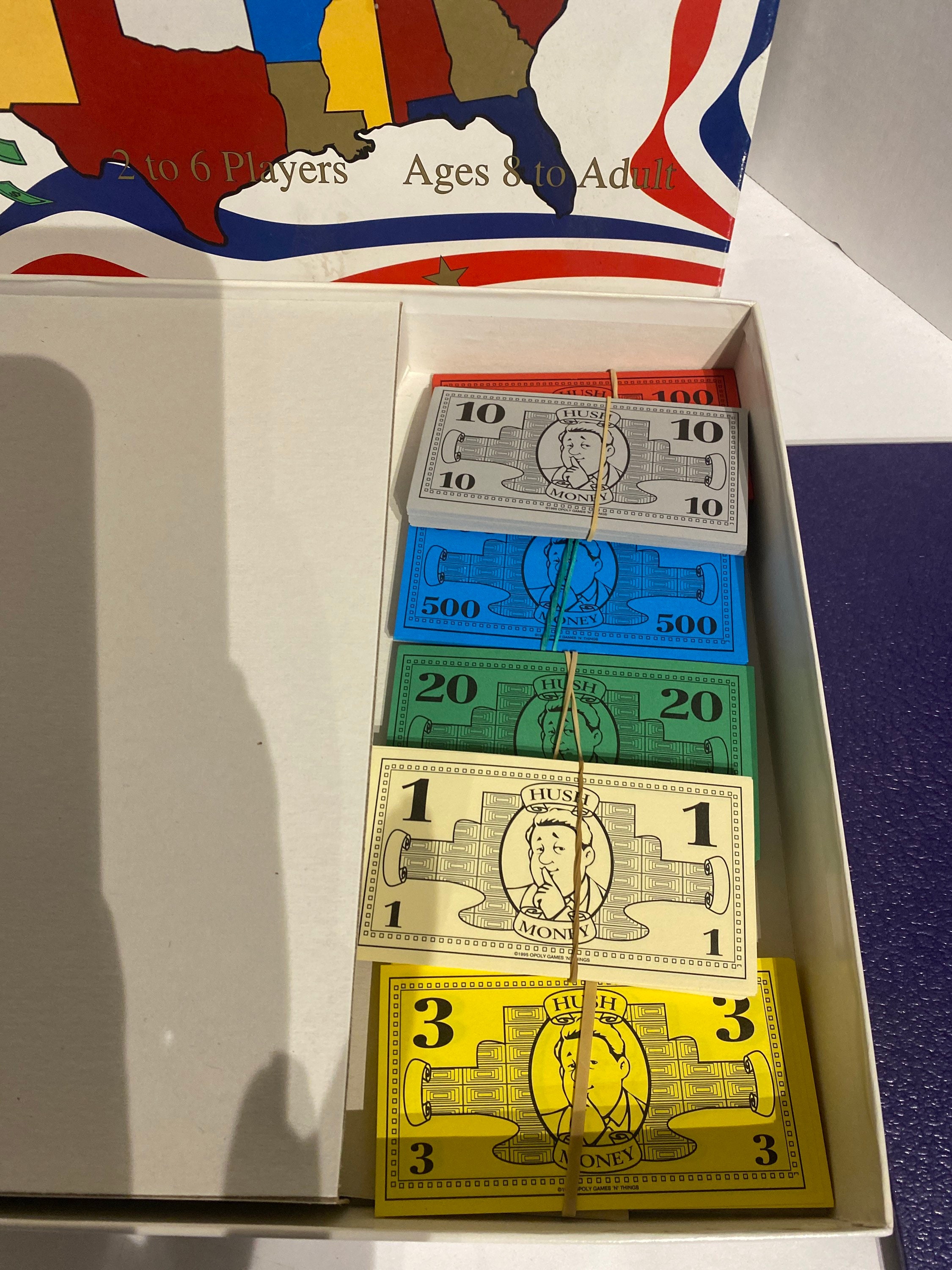 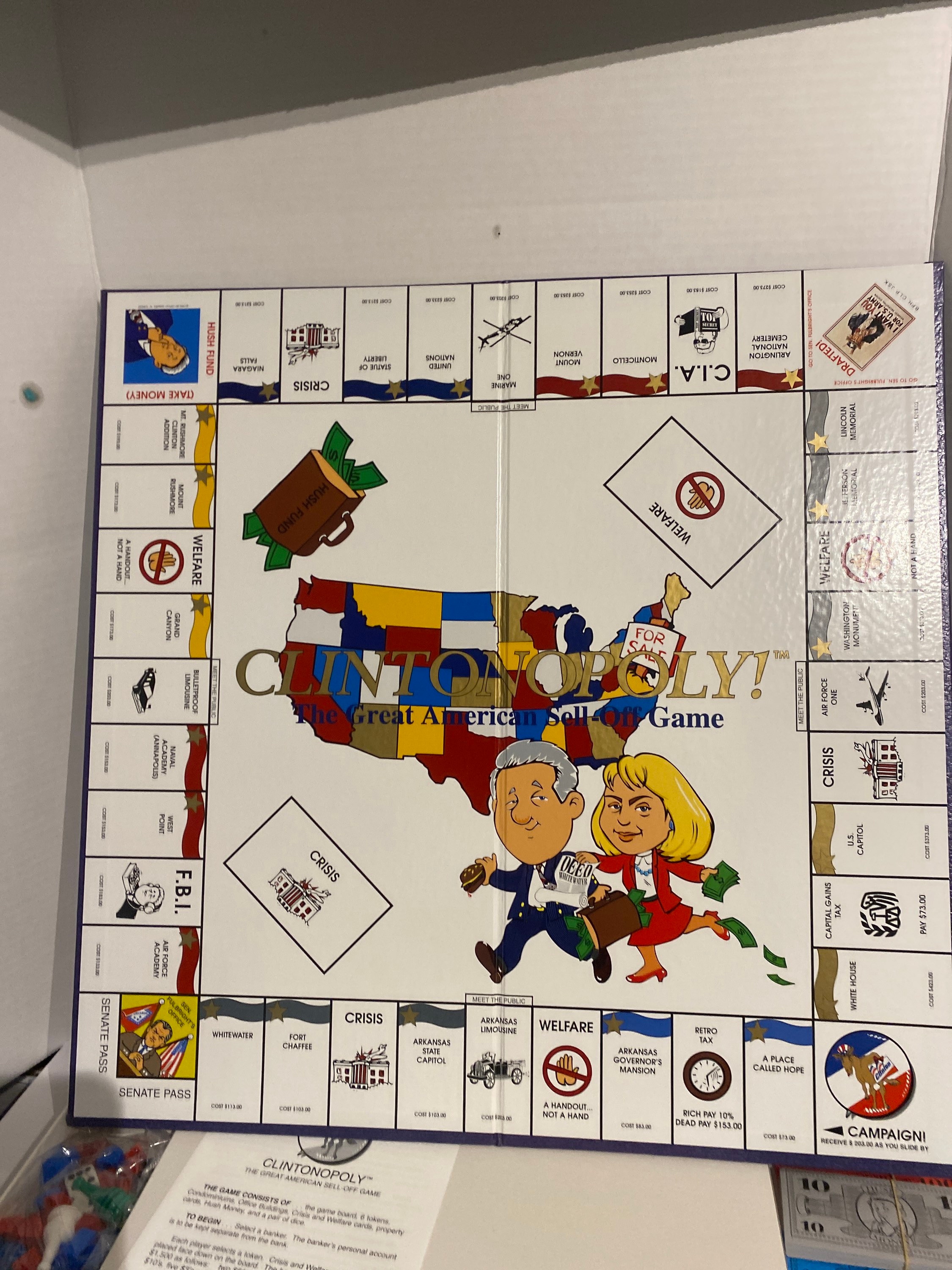 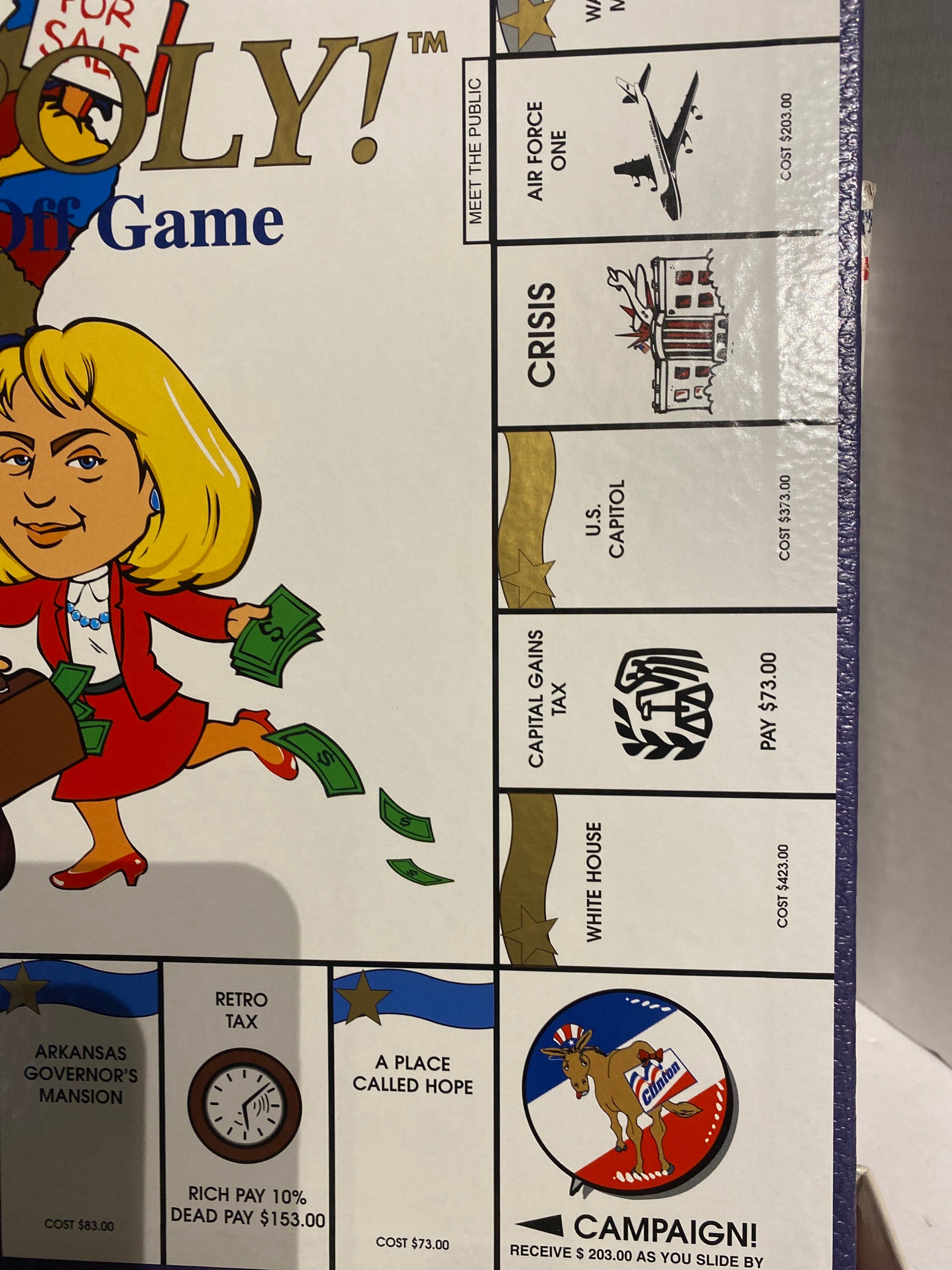 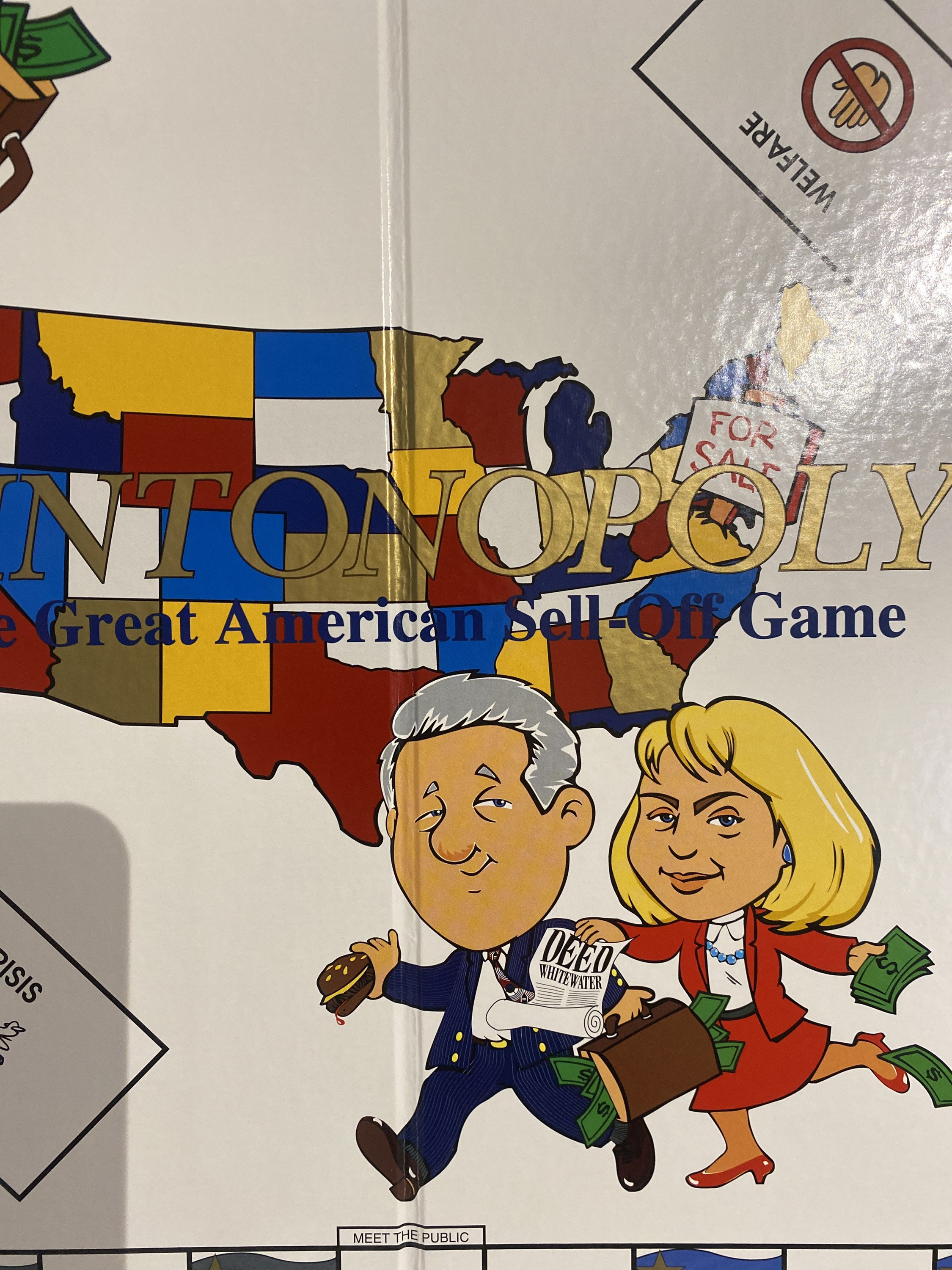 1995 - " Another "Monopoly" clone, but set around a theme of the Clinton Presidency. Plays much like classic Monopoly, but things are replaced: you collect "Hush Money," get sent to Sen. Fulbright's office instead of jail; pay Capital Gains Tax instead of a Luxury tax; and so on. The game isn't particularly harsh, though, more like light satire.

A "Hush Fund" (read: Free Parking) is an official rule of the game, paid by all fines that are not rent.

The game revolves much around the "Whitewater" deal (remember that?), and is billed as "The Great American Sell-off Game." Properties include major monuments and governmental properties, such as the UN, Whitewater, Air Force One, and the Washington Monument. "